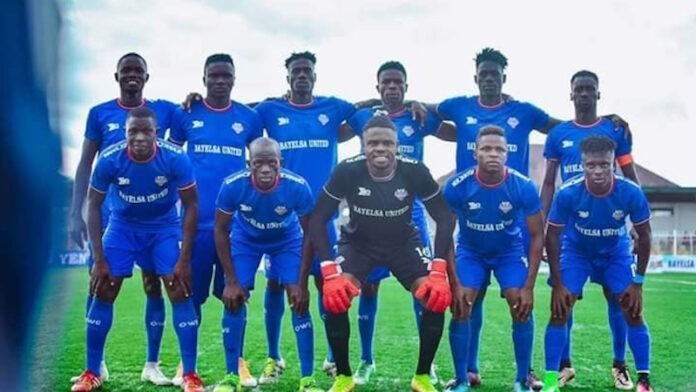 Nigeria's Aiteo Cup Champions, Bayelsa United edged past Tunisian Cup Champions, CS Sfaxien in the first leg of the second preliminary round tie of the CAF Confederations Cup on Sunday.

With thanks to Beniangba's delightful strike, Diepreye Teibowei's side are at an advantage ahead of the second leg that will happen in Tunisia this weekend.

Bayelsa United, having defeated Guinean side, Ashanti Golden Boys during the previous preliminary round were charged on all cylinders against their Tunisian counterparts.

Although, the visitors were better in the first fifteen minutes of the encounter but Bayelsa United's resilience on the back foot ensured that the onslaughts from the Tunisians were in futility.

And after seeing many goal attempts of the hosts frustrated, it was Benaingba who scored the one and only goal in the cagey tie after eleven minutes into the second half.

From then on, other goalmouth chances were produced by both teams but no goal was recorded, leaving The Juventus El Arab visitors in search for an equalizer till the game was concluded.