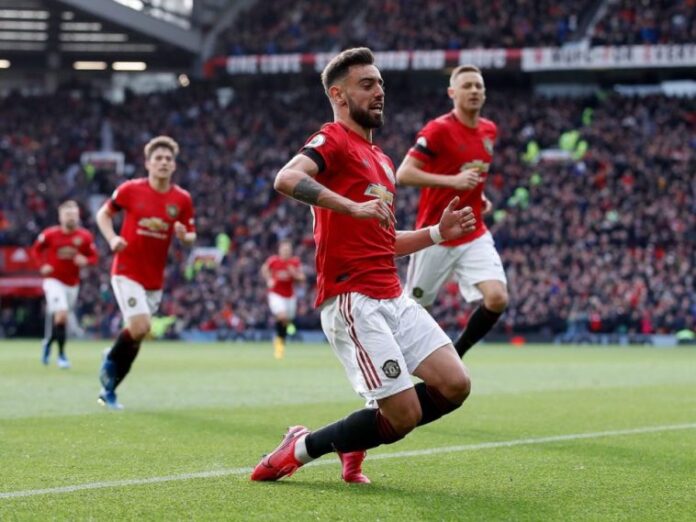 Bruno Fernandes netted a 100th-minute winner for Manchester United at Brighton on Saturday. to record a 3-2 win.

The Portugal international acknowledged Brighton had played well, but immediately pointed to deficiencies in his team’s performance and called for the Red Devils to show more intensity and determination in future games, starting against the same opponents in the EFL Cup in midweek.

“It was areally difficult game, we know Brighton’s qualities,” he told BT Sport at full-time.

“We were not [as] aggressive as I want and gave away two goals. We need to do much better; we made some mistakes but like all big teams we need to believe until the end.

“We need to think about doing better against Brighton than we did today.”

Despite the Seagulls hitting the post and bar five times, Fernandes doesn’t feel it was enough for the home side to warrant the win, pointing to the fine margins of actually hitting the back of the net.

“They did very well but maybe because we weren’t aggressive. We must recover more balls, press better, lose possession less. Maybe they deserved more I don’t know, [but] the point is score goals, not [hit] the crossbar and the post.

“Sometimes you have to have some luck. In the goals we can do much better and we’ll work on that.”