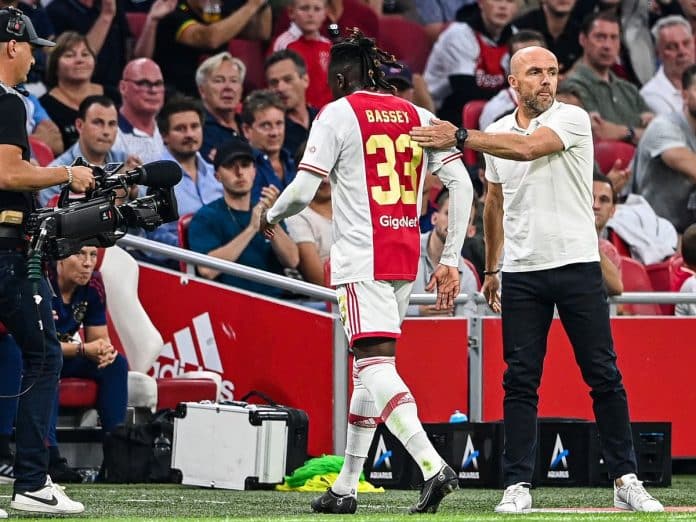 Ajax manager Alfred Schreuder has admitted that defender Calvin Bassey was rightly sent off during the Johan Cruyff Shield match between Ajax Amsterdam and PSV Eindhoven on Saturday evening.

Bassey, who recently joined from Scottish side Rangers, was sent off sixteen minutes into his Ajax debut after coming off the bench following a crunchy tackle on Ismael Saibari after a VAR review.

Ajax lost the game 5-3 in the end and Schreuder admitted that there is work to be done ahead of the new Eredivisie season after their defensive frailties were exposed by PSV.

In quotes relayed by Football Scotland, Schreuder said : “In the end, I think the red card was decisive.

“You felt we could go on and win it, but it is always more difficult with one less man.

“I looked at the incident after the game and he certainly didn't do it deliberately, but he's gone in a little too wild.

“I admit a red card could have been given and I can understand why they gave it.”

Bassey became the most expensive Nigerian defender in history following his move to Ajax Amsterdam for a fee worth 23 million euros.

This article was most recently revised and updated 6 days ago