Cameroon continue their quest for success in the Africa Cup of Nations when they face off against Comoros and we will be offering some insight into what to expect from the clash in this Cameroon vs Comoros prediction article.

Our Top Cameroon vs Comoros prediction

Cameroon boast a significantly better crop of players who have featured at this level so many times and it is hard to envisage any other outcome rather than a victory for the host nation come the final whistle.

With a place in the last eight of this year's AFCON tournament on the line, Cameroon square up to the challenge of Comoros at the Stade d'Olembe on Monday. 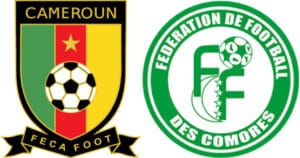 Cameroon had to make do with a share of the spoils in their final group fixture versus Cape Verde last Monday.

Vincent Aboubakar struck first for Toni Conceicao's men in the 39th minute before Garry Rodrigues levelled matters within seven minutes of coming on as a second-half substitute.

The Indomitable Lions finished top of Group A with a near-perfect record which saw them pick up seven points from a possible nine across three outings.

Despite failing to record a seventh consecutive victory, Cameroon remain a huge force to reckon with and will be keen to deliver another statement of intent in their first knockout contest.

Vincent Aboubakar has been on fire for his country, netting in each of their three AFCON games and is on course to claim the Golden Boot award.

Harold Moukoudi was handed his first start of the competition last time out but is expected to drop back to the bench for this one in favour of Jerome Onguene.

Comoros upset the odds by claiming a 3-2 triumph over the Black Stars of Ghana at the Stade Omnisport Roumde Adjia on Tuesday.

Goals from Ben El Fardou and Ahmed Mogni put Amir Abdou's men in the driving seat before Richmond Boakye and Alexander Djiku both scored to restore parity, only for Mogni to grab his second of the game five minutes from time.

Les Coelacantes, featuring at this level for the first time ever, have made it through to the second round as one of the best third-placed sides and now set out to record another feather in the cap.

Two-goal hero Ahmed Mogni will head into Monday's contest with the wind in his sails having opened his account for the campaign last time out.

Youssouf M'Changama made his 44th cap for Comoros last time out, extending his lead at the top of the all-time appearances chart.

Down below are the Cameroon vs Comoros odds:

*Odds from 22bet, correct as at the time of publishing

Cameroon are unbeaten in the previous two encounters between the sides, claiming a 3-0 victory in the most recent clash three years ago.