Cameroon face off against Ethiopia in their second Africa Cup of Nations fixture and a preview of this clash can be found in this Cameroon vs Ethiopia prediction article.

Our Top Cameroon vs Ethiopia prediction

The Cameroon vs Ethiopia odds are here and a win for Cameroon seems to be the most likely outcome. They head into the game full of confidence and belief following their opening-day victory and we fancy them to keep the juggernaut rolling by securing yet another three points come the sound of the final whistle.

Seeking to make it two wins from as many games, Cameroon head to the Stade d’Olembe on Wednesday to take on Ethiopia. 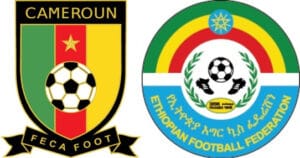 Cameroon got their AFCON campaign off to a perfect start by defeating the Stallions of Burkina Faso 2-1 on Sunday.

Toni Conceicao’s men fell behind to Gustavo Sangare’s 24th-minute opener before hitting back through a pair of Vincent Aboubakar penalties.

The Indomitable Lions currently lead the way in Group A, level on points with Cape Verde who also claimed an opening-day triumph.

With a place in the last 16 at stake, the host nation will be keen to come out on top and get the job done before their final Group A contest against Cape Verde next week.

Vincent Aboubakar came so close to grabbing a hat-trick last time out where he was denied by the finest of margins and the forward is expected to lead the attack once again.

Collins Fai was on the receiving end of a wild challenge in the opening seconds of the Burkina Faso game but he should be fine to feature on Wednesday.

Ethiopia have some catching up to do following a 1-0 loss to Cape Verde in their Group A opener on Sunday in Yaounde.

Julio Tavares opened the scoring on the cusp of half time and that was enough to sink Wubetu Abate’s men.

The Walia Ibex are now in a tearing hurry to save their AFCON campaign and avoid a fifth consecutive group-stage exit.

Yared Baye received his marching orders after just 11 minutes last time out and the 26-year-old is suspended for this one.

Mignot Debebe is the favourite to take Baye’s place in the starting XI after he came on as a first-half substitute last time out.

The Cameroon vs Ethiopia odds are as follows:

Cameroon are unbeaten in their previous two encounters against Ethiopia but were held to a goalless draw in the most recent meeting six years ago.