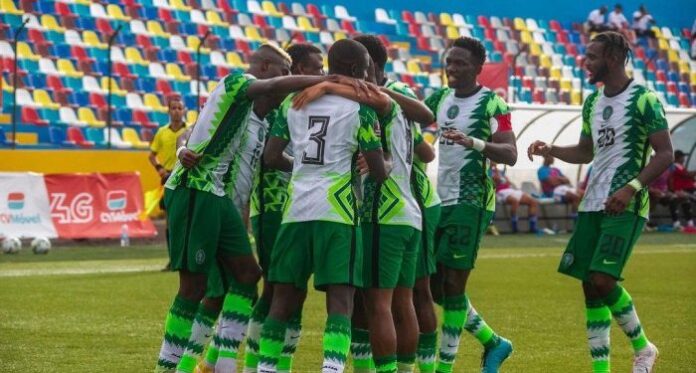 Gernot Rohr and his Super Eagles team were stunned by their Central African Republic counterparts 0-1 in the 2022 FIFA World Cup qualifier decided at the Teslim Balogun Stadium in Lagos.

Karl Namnganda’s late strike is all the Les Fauves (The Wild Beasts) needed to break through the Super Eagles defence, thus helping the team at the bottom of the table grab a crucial win on the road as they bagged their first win in the group.

The Super Eagles did not record a single shot on goal throughout the match while the visitors had three shots on goal, with one hitting the back of the net.

The visitors sat back all through the match, relying on counter attack, which gave them the only goal.

Nigeria with arrays of stars could not find a way to unlock the Defence of Central African Republic throughout the match.

The Super Eagles came into the game with two wins out of two and were widely expected to run over the Wild Beasts.

5,000 fans watched as one of the biggest upsets in world football played out.