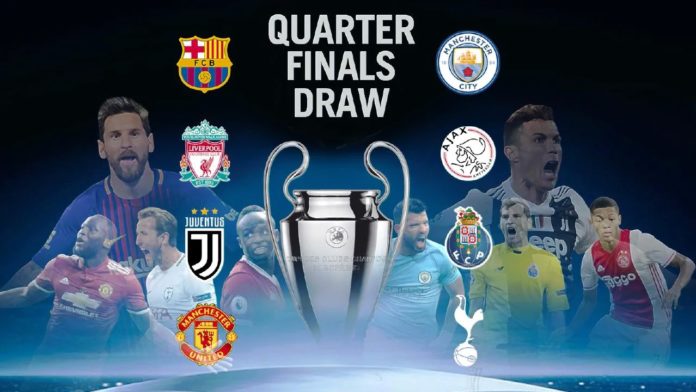 Tottenham Hotspur and Man City have been paired in an exciting all-English Champions League quarter-finals draw.

Cristiano Ronaldo has the chance to avenge his former club Real Madrid's defeat to Ajax when his current side Juventus play the Dutch outfit. Friday's draw also mapped out which sides will face each other in the semi-finals, with Spurs or City set to meet Ajax or Juve and Liverpool or Porto playing against United or Barça.

See the Champions League Quarter-Finals Draw in full below: