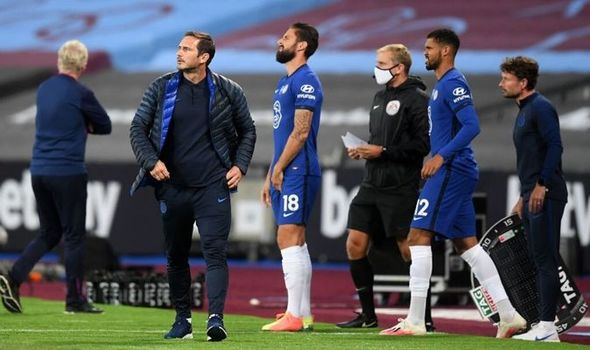 Chelsea return to Premier League action following the international break with a home clash against Southampton on Saturday (October 17).

Chelsea manager Frank Lampard has confirmed that new goalkeeper Edouard Mendy will not be fit for Saturday's game.

Defender Thiago Silva will not be considered after playing for Brazil during the international break but Ben Chilwell, Hakim Ziyech and Christian Pulisic are in the Blues' squad.

Lampard added that winger Ziyech is not ready to start but he hopes to give the summer signing some minutes.

Chelsea will be favourites to overcome a Southampton side that have won two and lost two of their opening four Leagues matches this term, securing back-to-back victories over Burnley and West Brom prior to the international break.