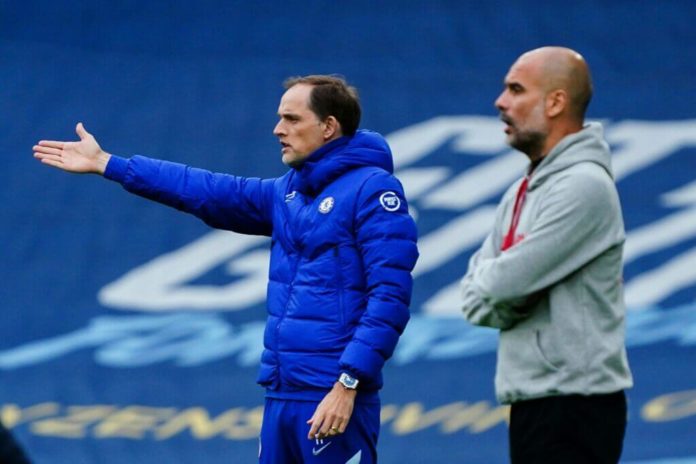 Chelsea vs. Manchester City affair is arguably the star game of the week in the Premier League as the two title aspirants face each other this weekend.

The two mercurial tacticians, Guardiola and Tuchel have had some intriguing battles on the tactical front, not just in the Premier League but also during their time in the German Bundesliga with Bayern Munich and Borussia Dortmund respectively.

Tuchel has got the better of his counterpart (Pep) recently as may be the case here again with Chelsea playing at home.

The Blues defeated Manchester City in the UEFA Champions League clash in May thanks to Kai Havertz's winner in the Second period of the game.

Chelsea has begun the season on a bright note but the Citizens have had a little bit of inconsistency having failed to sign a centre forward to replace Sergio Kun Aguero at the club.

Here Goalballlive.com reveals the info ahead of the Chelsea vs. Manchester City this weekend, including team news, prediction, probable line-up and key stats.

The big injury concern for Chelsea heading into the game is goalkeeper Edouard Mendy.

He was injured in the opening UEFA Champions League game against Zenit St. Petersburg. And was also absent in the convincing Chelsea wins against Nuno Espirito Santos's Tottenham Hotspurs and Aston Villa.

While second choice goalkeeper Kepa deputized in aplomb for him in those pair of games.

He played for Chelsea last in late August, but he could be seen on the Substitute bench for the Blues which will be a huge boost in a game of this magnitude.

Chelsea Probable line-up against Manchester City in a 3-4-2-1 formation dynamics.

Guardiola has some defensive concerns as John Stones and Aymeric Laporte is still out injured with a muscular strain and groin injury respectively.

Benjamin Pavard is still unavailable via suspension while Rodri, Ukraine's Oleksandr Zinchenko and Ikay Gundogan are all major doubt ahead of this contest.

The match could be closely contested as it is expected to be an intense physical battle while Tuchel and Pep battle each other on the tactical front.

For many Chelsea are the favourite, but with Pep Guardiola's ability in the Coaching dugout you can never say ever though against a struggling Manchester City side in the post-Aguero era.

Chelsea has been solid defensively so should keep it tight at the back.

It's like it's going to be a Chelsea win, though a narrow one at Stamford Bridge. So I give it to Chelsea here.