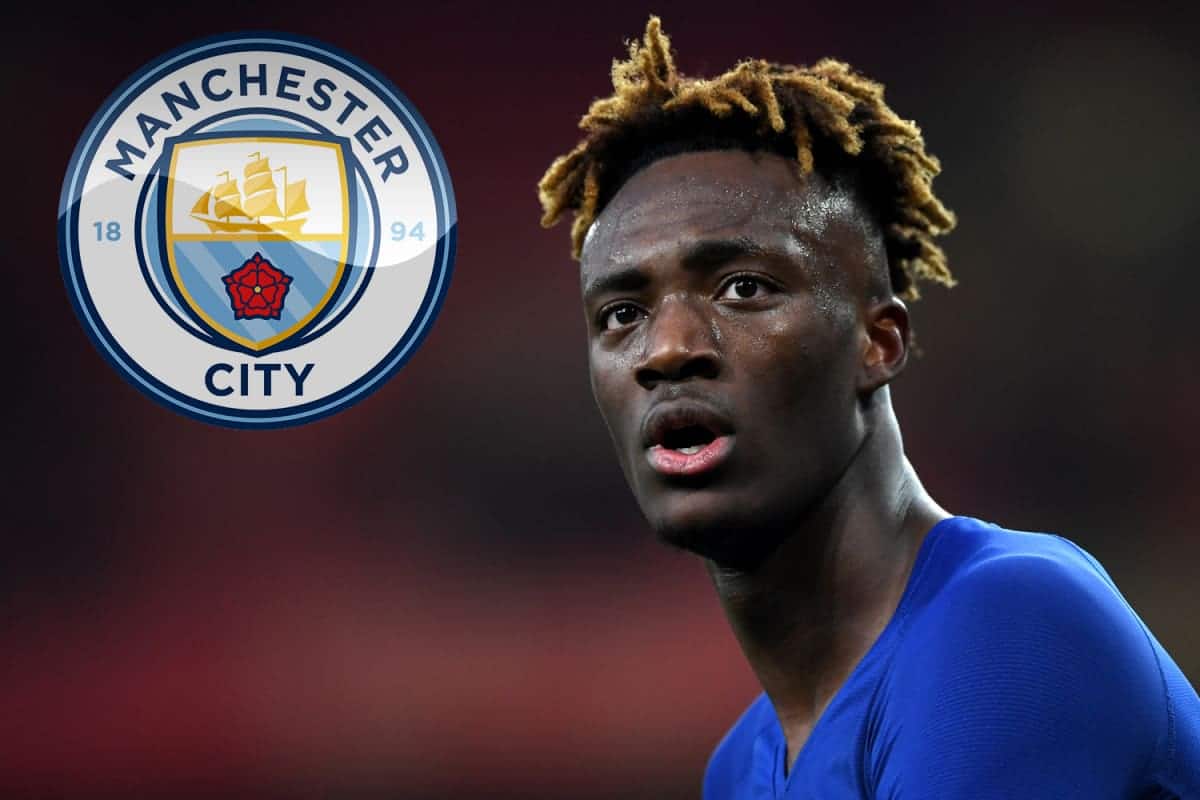 Manchester City are gearing up a shock move for Chelsea striker Tammy Abraham, that’s according to Le 10Sport

Abraham’s new contract talks with the Blues have reportedly stalled because of his wage demands.

According to the Sports outlet, Man City are ready to swoop for the Nigerian born England international.

Pep Guardiola’s side, according to the publication, are looking to open discussions with the 22-year-old in the coming months.

Abraham who spent last season on loan at Aston Villa is under contract with Chelsea until June 2022.

Frank Lampard’s side are keen on giving him a new long-term deal following his impressive spell of form.

The youngster has scored 14 goals and made four assists in all competitions for Chelsea this term.

The report added that Abraham is after the same £180,000-a-week salary as team-mate Callum Hudson-Odoi.