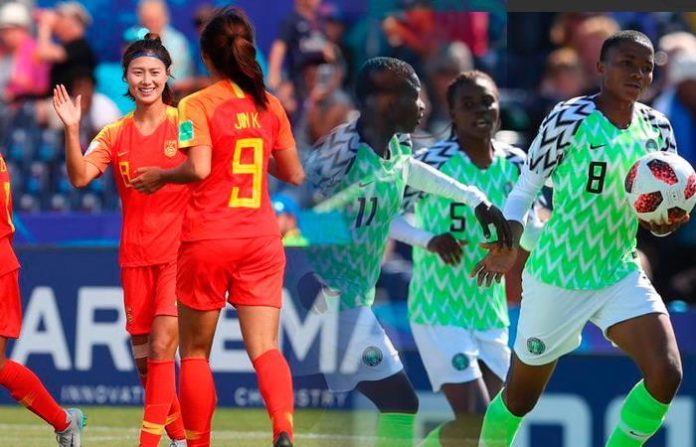 Super Falcons were given a taste of how intense things could get at the FIFA Women's World Cup in France this summer as they were crushed 3-0 by China in the WUHUA four-nation tournament in Meizhou.

The tourney is part of Falcons' preparations for the FIFA Women's World Cup 2019 which will take place in France this summer, where they take on Norway, Korea Republic as well as the hosts in the group stages.

China were in front ten minutes into the clash; midfielder, Zhang Rui beating Tochukwu Oluehi in goal for the African giants after she had parried a Gu Yasha's freekick.

China came knocking again at a fledging Nigeria defence just before the break and Oluehi showed quick reflexes to keep her team in the game.

There was still time for Li Ying to bag a brace, finishing brilliantly at the far post after she was picked out by Wu Chengshu, compounding a very disappointing afternoon for Nigeria.

Thus, South Korea who thrashed opponents, Romania 3-0 in the other match will face China in the final of the tourney.