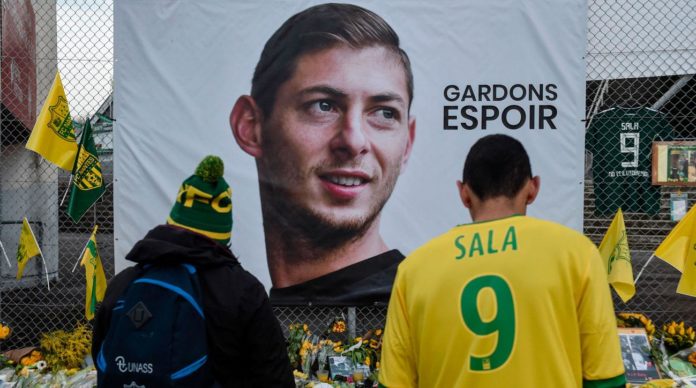 An inquest has revealed Emiliano Sala cause of death saying he died of “head and trunk injuries”.

Dorset Coroner's Court has been told the footballer was identified by fingerprint evidence.

Acting senior coroner for Dorset, Brendan Allen adjourned proceedings until November 6 for a pre-inquest review after hearing an Air Accident Investigation report into the incident will not be published for six to 12 months. An interim report is due within a fortnight.

A body was recovered from the plane wreckage in the English Channel last week, with police confirming on Thursday night that it was Sala.

Following the tragic news, Emiliano Sala’s sister Romina has posted a moving tribute to her brother on social media.

“Your soul in my soul will shine forever, thus illuminating the time of my existence. I love you,” she wrote on Instagram.

The AAIB confirmed on Wednesday that they had successfully recovered the body from the plane wreckage in “challenging conditions”, while the operation to recover the aircraft was aborted.

The Piper Malibu N264DB aircraft disappeared over the English Channel on January 21 after leaving Nantes in France for Cardiff.