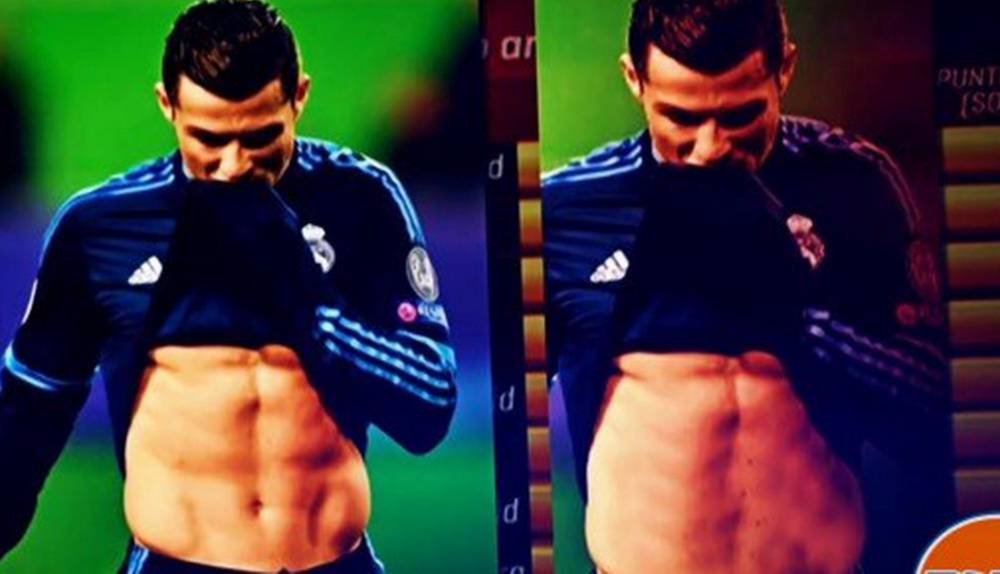 It's no surprise when Juventus superstar Cristiano Ronaldo occasionally whips off his shirt to celebrate a crucial goal that the frame beneath it is what most men spend years trying to perfect.

No wonder the Portuguese is always named amongst the most attractive footballers and has been asked to model underwear when approximately one million muscles are rippling from his torso.

All that considered, you'd think that nobody would bat an eyelid when Ronaldo posted a topless photo of himself to Instagram during lockdown this week.

The image showed him promoting the ‘Sixpad', an EMS training device that he endorses while sitting on the stairs of his property in just his underwear and the pads.

Nothing unusual, right? Well, that's not strictly the case, because many of the replies on the post are actually of the opinion that Ronaldo's six-pack has been ‘photoshopped'.

It's well known that some images of celebrities have been edited and airbrushed in post-production from time to time, but surely Ronaldo doesn't need Photoshop to help him out?

Well, try telling that to those who left comments such as: “why does this look photoshopped”, “so edited” and “looks so fake to me”.

Another fan wrote: “Mr Cristiano, what are you up to?”