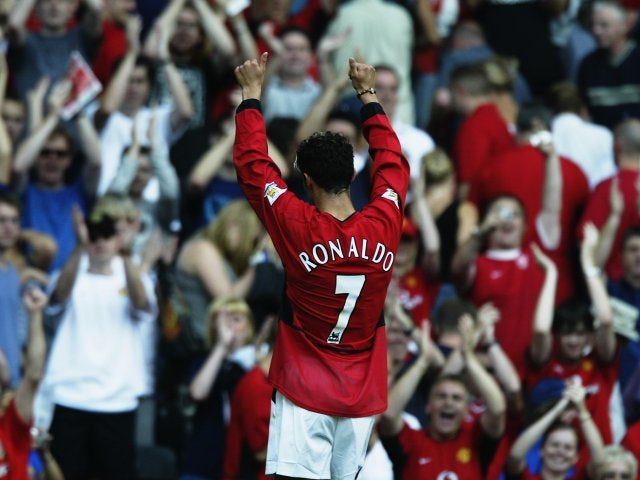 Former Super Eagles forward, Victor Ikpeba has revealed that Cristiano Ronaldo has lifted the spirit among the Man United players.

Ronaldo scored two goals during his first game back at Manchester United on Saturday against Newcastle United in the Premier League.

The Portuguese superstar rejoined the club from Juventus this summer. He scored 118 goals in 292 games during his previous six-year stint with Manchester United before leaving for Real Madrid in 2009 for what was then a world-record fee.

In a chat with Monday Night Football Programme on Supersports, the Atlanta Olympic gold medalist said that Ronaldo has totally transformed the Red Devils with just a game.

“I am not really surprised that Ronaldo netted two goals against Newcastle because he has always shown this hunger to score goals.

“You can see that his arrival has lifted the spirit among the Man United players. And I am sure he will do more to take the team to where they belong in the Premier League.”