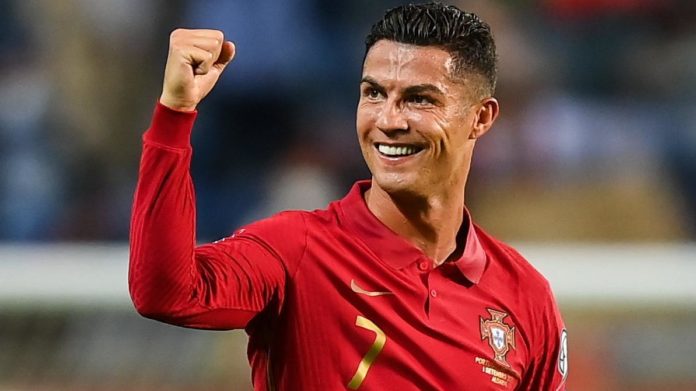 There seems to be a lot of frenzy sky hovering over Old Trafford as fans anticipate Cristiano Ronaldo's appearance for The Red Devils since resigning for Manchester United.

The Portuguese national team star and captain arrived in England on Friday on the heels of becoming the all-time international men's goalscorer in the mid-week after scoring his 110th and 111th goals in Portugal's 2-1 win over the Republic of Ireland.

But a yellow card for Ronaldo against Ireland has ruled the 36-years old out of Portugal's clash against Azerbaijan, hence leaving the national team camp ahead of other players.

It means Ronaldo's five-day self-isolation period will be hastened, which will make him feature for the Red Devils as quickly as possible.

Manchester United will host Newcastle next Saturday at the Old Trafford and Newcastle have confirmed that the tickets for the encounter against United have sold out.

Tickets were initially released to Newcastle season ticket holders with 50 or more points last month and all were snapped up by Friday.

This is amidst reports that there was a long queue by United fans at Old Trafford to get a Ronaldo jersey.