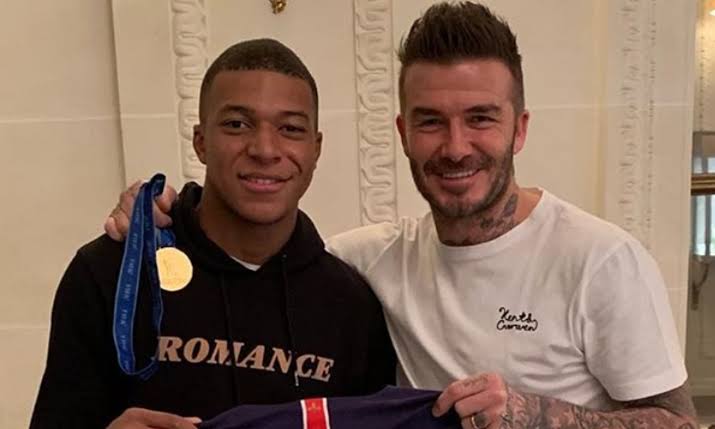 Following the launching of his own player management company, former Manchester United star, David Beckham has reportedly held meetings with Kylian Mbappe as he looks to become the Paris Saint-Germain striker’s agent.

As per the Daily Mail, the ex-Real Madrid icon is determined to take on new challenges and has registered a new company called Footwork Management Ltd.

The Englishman is understood to have launched his new business venture with a few friends, including former Nottingham Forest forward David Johnson.

To hit the ground running, Beckham is desperate to get a big-name superstar on his books, and it has been claimed his main target is Mbappe.

The England legend has reportedly had more than one meeting with Mbappe who is currently represented by his father.

Although it remains to be seen whether or not the 20-year-old French superstar hands over those responsibilities to Beckham and his team.

The ex-LA Galaxy star has taken on many different business ventures since his playing retirement, even becoming the major shareholder of a new MLS franchise Inter Miami, a team that will officially emerge in 2020.