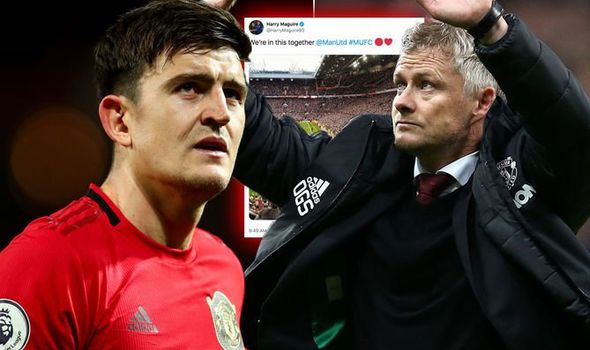 Both De Gea and Maguire have captained United this season in Youg's absence, as well as Marcus Rashford and Jesse Lingard.

But it just so happen that Maguire is Solskjaer’s choice since he’s impressed in the role since his arrival at Old Trafford and will now take on the duties full-time.

Here is what Solskjaer had to say: “Harry is wearing the captain’s armband and will keep wearing it, he’s been a leader in the group, I’ve been, not surprised, but impressed by his leadership skills, so he will continue wearing the armband.

“He’s come in and everything about him tells me he’s a leader.

‘’He’s part of a group that we’ve had that have been leading this young group, Ashley has been, David, Marcus, Harry, so Harry will keep on wearing the armband.”

This is a huge blow to de Gea as he had previously expressed his desire to captain United.

Maguire will take charge as captain of the Red Devils immediately, with Young expected to depart Old Trafford within the next week.