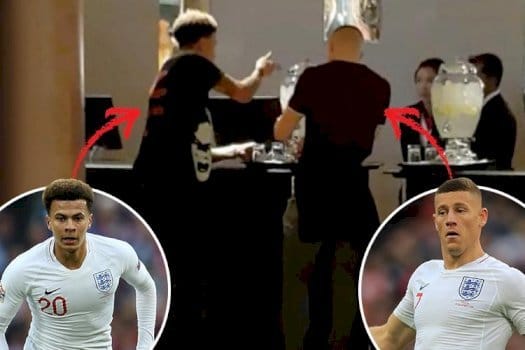 Dele Alli has denied that he demanded an upgrade during an animated discussion with staff at a London hotel earlier this week.

A video of Alli and Ross Barkley was shared on social media following England's win over Croatia on Sunday.

Footage shows the Tottenham star speaking to reception staff at the five-star Mayfair Hotel in the capital.

The man who filmed the 36-second clip made a series of claims about the pair in the video.

Alli’s spokesman said: “He was not staying at the hotel, so clearly could not have been demanding an upgrade.”

Football fans also defended the pair, who were out following the Three Lions' last-gasp UEFA Nations victory at Wembley.

One Twitter user wrote: “Why is everyone slating Dele Alli and Barkley over that video?”.