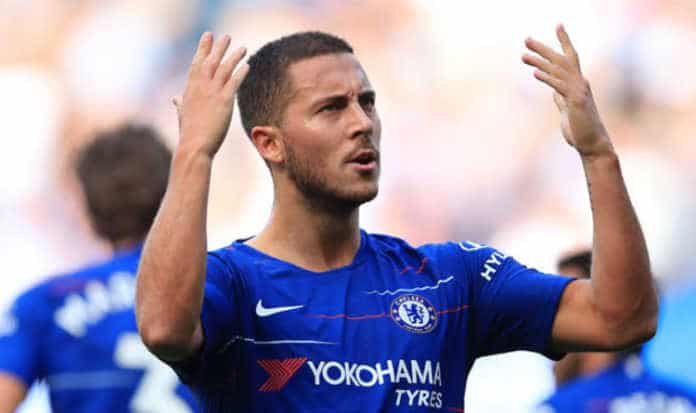 Belgian forward Eden Hazard’s future seemed to confirm the inevitable as Chelsea’s talisman is departing Stamford Bridge, and Real Madrid is his destination of choice.

The 28-year-old appeared confident of his transfer being confirmed over the coming days, but the imminent departure of Maurizio Sarri to Juventus has provoked outburst in the Stamford Bridge boardroom.

A growing reluctance has started to surface towards endorsing the sale of their key asset amidst such considerable managerial dilemma, as reported by the Evening Standard.

Sarri, 60, has enjoyed sizable success in his first season in West London amidst a storm of criticism towards ‘Sarri-Ball’ – reaching the League Cup final, finishing third in the Premier League as well as winning his first trophy with victory over Arsenal in the Europa League final.

Yet that has not stopped the substantial under-appreciation of his work causing a rethink over his future and the remaining two years on his contract.

Sarri has his sights set on Juventus, and it would seem that Chelsea are set to lose their manager, their star player and all amidst a two-year transfer ban from FIFA.

These are testing times for the Premier League side, and if Hazard is unable to get his dream move to Madrid because of other complications within the club, this would mark a serious issue for any incoming manager given the Belgian’s insistence that, despite seven highly successful years with the club, his time is up in West London.