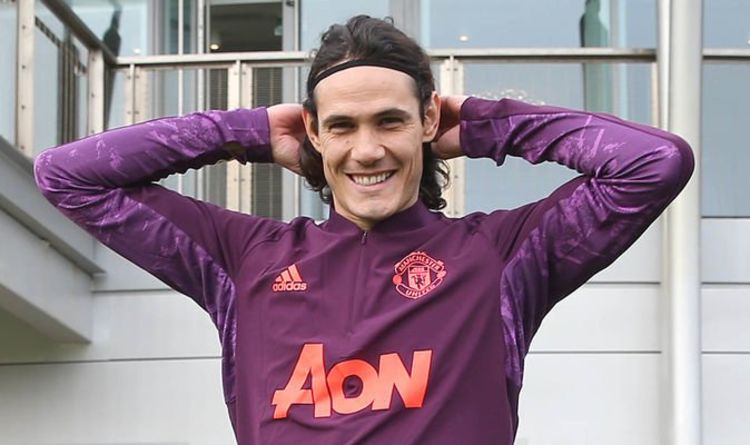 The former Napoli star posted a tweet from the Man United dressing room..

Though he appears excited to finally get back on the pitch and will hope Solskjaer brings him on at some stage at Old Trafford.

Alongside a picture of his jersey, with the famous No 7, Cavani tweeted: “Beautiful responsibility. Eagerly looking forward.”

Cavani missed the chance to face his former club PSG in midweek with United beating the French giants in the Champions League.

And Solskjaer had hinted that Cavani could make his Premier League bow this evening.