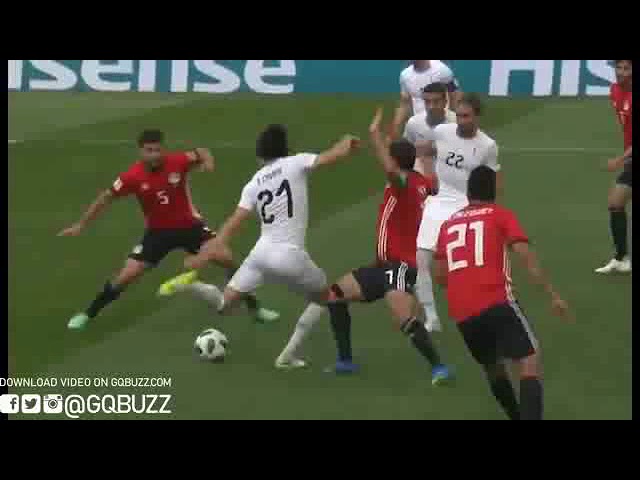 A 90th-minute winner from Jose Gimenez has given Uruguay victory in their opening game of the 2018 World Cup as the Egyptian side deficient of Mohamed Salah fell to a painful 1-0 defeat.

Uruguay were far from their best all through at the Ekeratinburg Arena and it looked as though a series of wasted chances from record scorer Luis Suarez would prove costly for the Group A favorites.

But, Gimenez's towering late header – which came just moments after Edinson Cavani had hit the post with a free kick – rescued all three points for the South Americans to take them level with hosts Russia at the top of the standings.

Uruguay could well have felt that it wouldn't be their day when Cavani's 88th-minute free-kick crashed back off the post with the keeper beaten, and even more so when the rebound fell to Martin Caceres, whose shot into an open goal was accidentally blocked by his own teammate Carlos Sanchez.