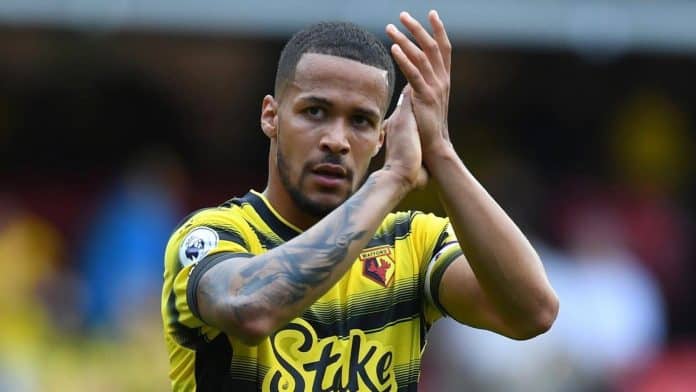 Defender William Troost-Ekong, has taken to social media to appreciate everyone at Watford following his return to tge Italian Serie A.

Ekong, who is the current vice-captain of the Super Eagles of Nigeria, made it known on Monday that his three years reign with the club is over before he was subsequently unveiled as a new player of Salernitana some hours later.

The Super Eagles defender appreciated everyone including the medical, security officers, and volunteers at the stadium who have made his stay worthwhile, on his verified Instagram handle.

He wrote, “The moment has come for me to move on from @watfordfcofficial after three special seasons shared with everyone involved.

“From everyone at the restaurant, security workers, volunteers at the stadium to the medical, office staff and all the rest, you have made my time what it was.

“The coaches and most of all my teammates, I can only say thank you!!!

“The Pozzo family for believing in me and the important five years of my career at both clubs with the highlight of the promotion and a chance to achieve my boyhood dream of playing in the Premier League.

“To all the fans, thank you for your support, it has been special going from watching as a boy to stepping on the pitch as a player.

“Now a fan again, I wish for promotion just as much as all of you and will be back watching from the stands in the future.

The former Udinese man returns to the Serie A to help his new side beat the drop after some years in the English game.