The Equatorial Guinea vs Ivory Coast odds have Ivory Coast nailed on to secure all three points in it is not hard to see why as they boast more experience at this level as well as a significantly better squad all around.

Group E's second fixture of round one sees Equatorial Guinea and Ivory Coast lock horns at the Japoma Stadium on Wednesday. 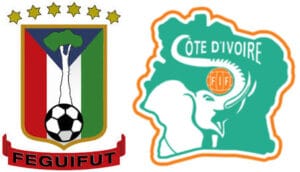 Equatorial Guinea racked up nine points from their six Group J qualifying games to finish as runners-up to Tunisia and secure a place this year's AFCON.

Juan Micha's men had not featured in any of the last two tournaments since finishing fourth back in the 2015 edition when they recorded their best-ever finish.

Nzalang Nacional have a tough task to navigate in the group stages having been drawn against defending champions Algeria, Sierra Leone and Wednesday’s opponents Ivory Coast.

Pedro Obiang, who currently plies his trade in the Italian Serie A with Sassuolo is the most notable absentee from the team as he remains sidelined due to myocarditis since last August.

The experienced Emilio Nsue will lead the team out in Cameroon despite not being contracted to any club side at the moment.

Ivory Coast booked a spot in the hat for Africa’s flagship tournament having picked up 13 points from a possible 18 during the qualifiers.

Patrice Beaumelle’s men will now participate in a ninth consecutive edition of the competition which is their longest streak at this level.

Les Elephants last went all the way seven years ago in Gabon where they defeated Ghana in the final to lift a second continental title.

The west Africans mounted a poor title defense in the subsequent tournament as they crashed out in the group stages, before falling at the quarter-final hurdle in 2019.

Arsenal’s Nicolas Pepe has been out of favour at the Emirates of late but the winger is still one to keep an eye on in Cameroon.

Sebastien Haller’s form at Ajax this term has been impressive to say the least and he will be looking to inspire his nation to success in his first international tournament as an Ivorian.

Down below are the Equatorial Guinea vs Ivory Coast odds:

Ivory Coast are unbeaten in the previous two clashes between the sides and claimed their first win in this fixture back in 2015 when the sides last met.