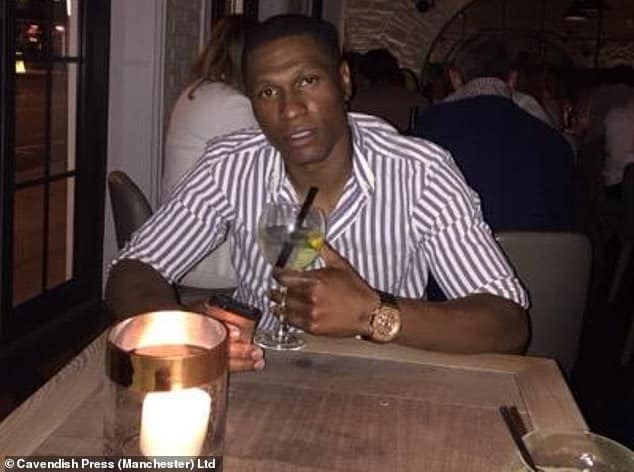 Michael, who is a football agent, was accused of arranging the kidnap and torture of a major drug dealer and father of one, Haider Mahmood and demanding a ransom of £500,000.

Mahmood was said to have been snatched off the street as he left a trendy barbers shop with his abductors posing as policemen to detain and handcuff him in a fake arrest.

According to DailyMail , the victim who is in his 30s was driven to an industrial unit where he was held at gunpoint, scalded with a blow torch and given 50,000 volt electric shocks to his testicles whilst a cement mixer operated nearby to drown out his screams.

Armed officers later stormed the gang’s stronghold after tracing the whereabouts of a mobile phone used by Etuhu and the other kidnappers.

Etuhu, 35, at Manchester Crown Court, admitted conspiracy to kidnap and plotting blackmail and was jailed for ten years and two months.

Dickson Etuhu, who played for Sunderland and Norwich City, made about 33 appearances for the Super Eagles between 2007 and 2011.