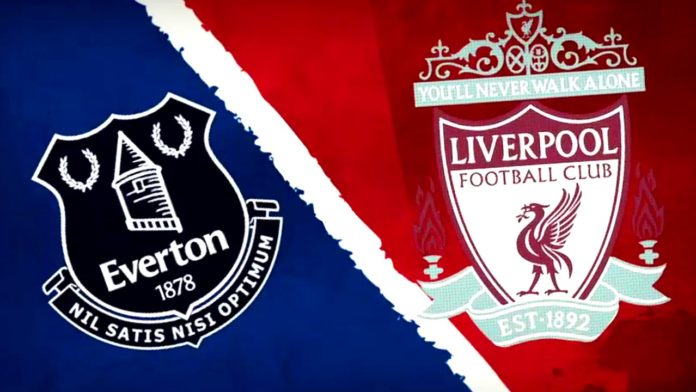 Liverpool’s sole aim when they take on Everton will be to move back to the top of the Premier League table with a win at Goodison Park this afternoon.

The Reds fell to a second position after Manchester City moved two points clear with a win at Bournemouth on Saturday so the pressure is back on Liverpool to respond with a positive result against their Merseyside rivals.

Liverpool needed a dramatic last gasp Divock Origi goal to win the reverse fixture 1-0 at Anfield back in December so Everton will be desperate to get revenge for that painful defeat on home soil today.

The Toffees now sit 10th in the table after defeating Cardiff City 3-0 on Tuesday night and they can move up to 9th on goal difference from West Ham with a win over Liverpool in the Merseyside Derby.

Liverpool forward Roberto Firmino is likely to return after missing the win over Watford in midweek owing to a minor ankle injury that he sustained against Mancheter United.

Everton welcome Kurt Zouma back into the squad after he missed the win over Cardiff due to suspension but Leighton Baines is out with a back injury.