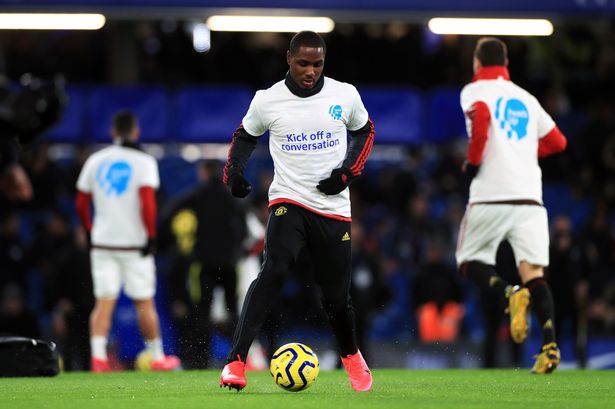 Ighalo, who will be hoping to make his full debut for Man United in Thursday's Europa League clash against Club Brugge, joined the Red Devils in the winter transfer window deadline.

He made his Premier League debut in Man United's 2-0 win over Chelsea at Stamford Bridge on Monday but only as a 90th minute substitute for Anthony Martial.

However, the former Super Eagles star warned Ighalo to start scoring goals to ease himself of any pressure.

“It is a rare opportunity when you find yourself playing for Manchester United. It is the dream of every player to don the great jersey been worn by many United great players,” Akpoborie told Goalballlive.com

“This opportunity has been extended to our own Odion Ighalo and I think it will be right if he utilizes it.

”Having seen him play against Chelsea on Monday, I think Ighalo must now start targeting goals for his team.

”This will ease any sort of pressure from him and at the same time, make him enjoy his game.

“I am happy that the team will be playing Club Brugge in the Europa League round of 16 and I believe he will use that platform to earn his debut goal.”