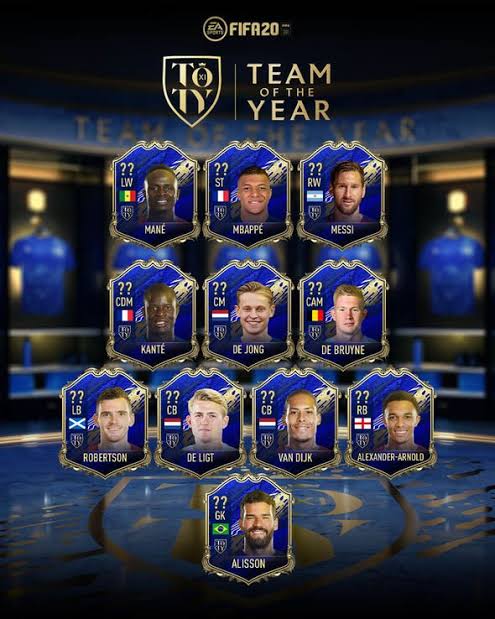 The FIFA20 Team of the Year has been released by EA sports which was based on fan voting for the first time, with Liverpool boasting five players in ultimate XI.

Liverpool boasts five representatives in the FIFA 20 Team of the Year (TOTY), which was unveiled by game developer EA Sports on Monday.

This was the first time ever that fans voted to determine the TOTY, with EA Sports releasing upgraded cards for the 11 best players in the game.

Starting today, fans can now vote for the 12th man to join the list, leaving an opportunity for surprising omissions such as Salah, Ronaldo or Lewandowski.