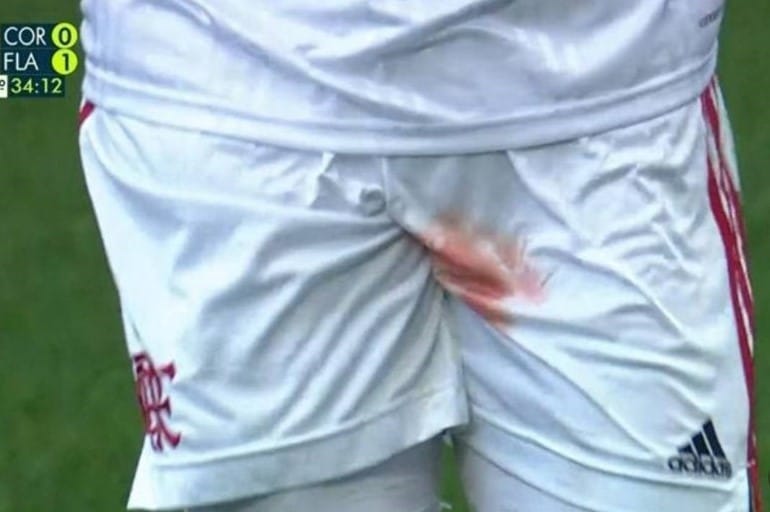 Flamengo defender Gustavo Henrique was forced off the pitch after he cut his testicle on Sunday.

The 27-year-old was left with blood all over his shorts during the game against Corinthians.

Henrique suffered the nasty injury during the first half of the crunch clash in Brazil.

It is reported that a Corinthians player accidentally stepped on his private parts after a tackle.

He initially left the field to change his white shorts as they were covered in blood.

But in the 39th minute he was hauled off the pitch and replaced by Gabriel Noga.

He was assessed by Flamengo's medical staff in the dressing room.

The bleeding did stop, but the medics are keeping a close eye on him.

A horrific image of his blood-stained shorts did the rounds on social media and one fan said: “I can literally feel the pain after seeing this.”

Another added: “Every man's worst nightmare”

One said: “Hope he gets well soon. No one should go through this kind of pain. God bless this man.”

And one claimed: “That has to be the most painful injury ever”

Flamengo went on to win the match 5-1 – putting them second in Brazil's top-flight.