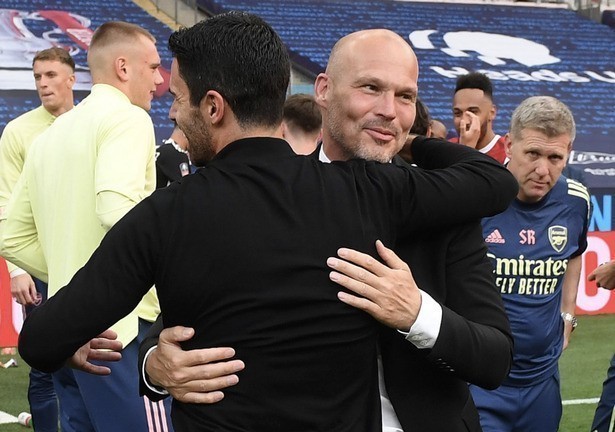 Freddie Ljungberg has revealed why he left Arsenal's coaching staff in the summer.

The 43-year-old managed Arsenal for six games after Unai Emery was sacked in November 2019, winning one, drawing three and losing two before Mikel Arteta was given the job.

But in August the former Swedish winger departed, insisting that he wanted to spread his managerial wings elsewhere.

And Ljungberg has broken his silence since leaving the Emirates, explaining why he had to go.

“What changed on a match day was that I would sit up in the stand to look down. I’d have an earpiece with the bench,” Ljungberg clarifies.

“I would say how the opponents pressed.

“If there was a hole somewhere, if one of their players was not holding the line if we should attack on that side or we’re having a problem with something, our player isn’t doing what we’ve coached in the week.

“It can be difficult to see everything when you sit down there (in the dugout), so I made notes, did drawings, I’d speak to the bench, come down at half-time and tell them what I’d seen.

“Of course, it was different from being on the bench but that was what Mikel’s staff wanted and (what) I had to accept and do.”