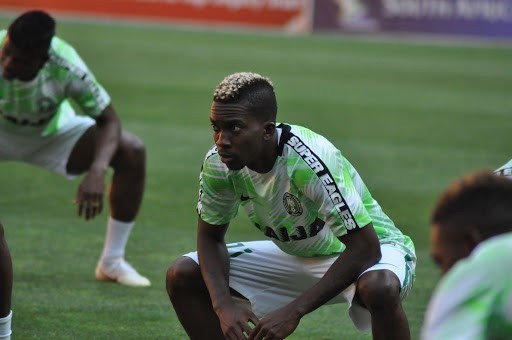 Super Eagles forward Henry Onyekuru is not easy these days as his anger couldn’t make him feel anything better for his coach who was responsible for his omission from the 2018 FIFA world cup in Russia.

The Nigerian has hit back at his coach when he played on loan at Anderlecht, describing him as “crazy”.

Onyekuru poured his frustration against Hein Vanhaezebrouck to The Athletic.

“That trainer was crazy,” he blasted.

“When we lost it was our fault. If we won, it was because of him.

“I will score a goal, but he will say I was not doing enough. Those kind of things.”

The forward scored 10 goals in 28 appearances for Anderlecht on loan from Everton before he suffered a serious knee injury which ended his 2017/18 season.

Onyekuru said the Belgian club cost him his chance to play at the 2018 World Cup in Russia when they refused to play him again after he had recovered from the injury.