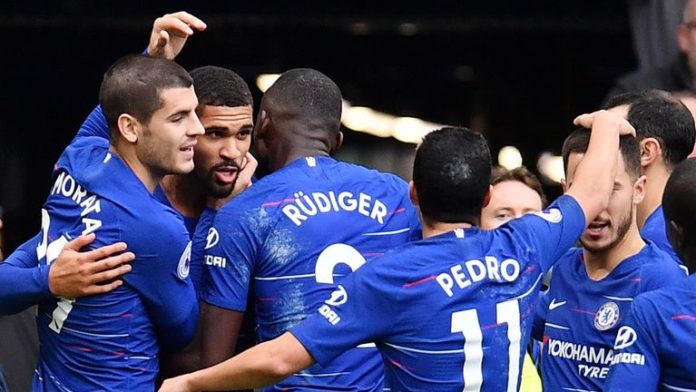 Chelsea visit Fulham on Sunday looking to close the gap on their rivals in the race for the top four.

Maurizio Sarri must decide whether to recall Kepa Arrizabalaga or continue to play Willy Caballero in goal.

Kepa was dropped for the win over Tottenham after his antics in the Carabao Cup final where he refused to be substituted.

The Chelsea boss insists the matter is now closed and that Kepa is his first-choice goalkeeper, however.

“The Kepa situation now is closed. Kepa is our first [choice] goalkeeper,” he said.

“I'm sure in one of the next two matches Kepa will be on the pitch.”

Sarri says the Blues have no injury concerns with just Gary Cahill and Danny Drinkwater injured.

Chelsea star Eden Hazard could be rested with the Europa League in mind “I'm sure in one of the next two matches Kepa will be on the pitch”.

Sarri could be tempted to rest a number of his first-team players with a Europa League tie against Dynamo Kiev on the horizon.