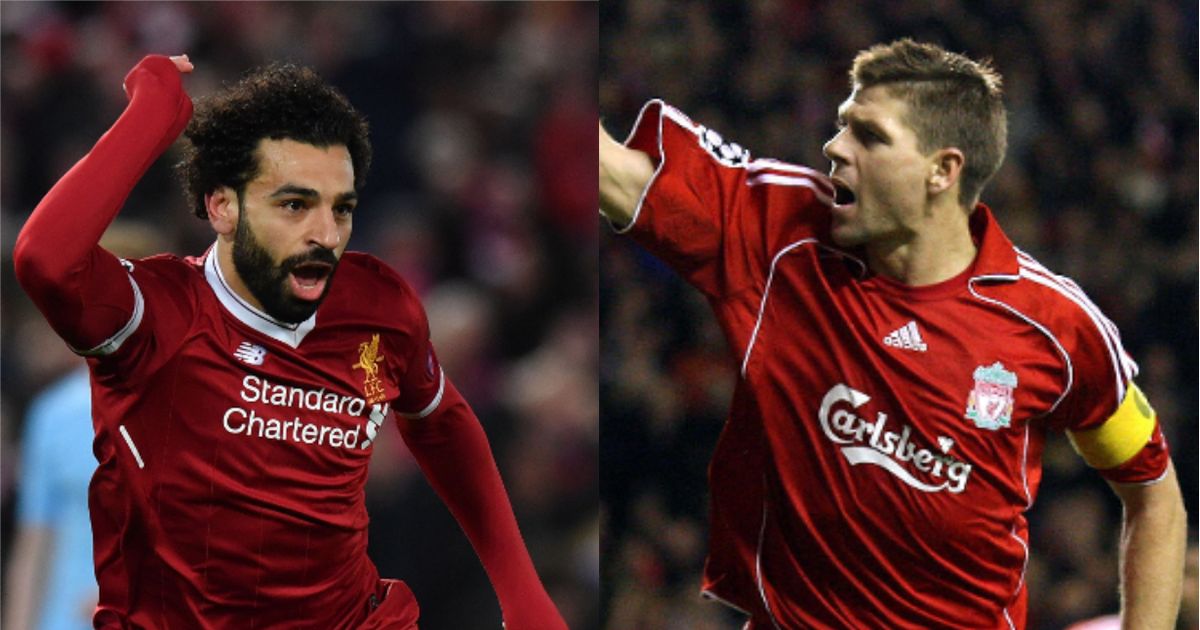 Steven Gerrard has revealed Mohammed Salah will 'embarrass' his Champions League goal record after equaling it on Tuesday.

The 28-year-old scored Liverpool's third in their 5-0 thrashing of Atalanta which put Salah on 21 goals for the Reds in Europe's premier club competition.

And with plenty more opportunities ahead for the Egyptian, now-Rangers boss Gerrard says it's only a matter of time before his record is demolished.

Speaking, the Reds legend said: “Records are there to be broken, of course they are.

“I was very proud to see Mo Salah equal my scoring record for Liverpool in Europe, it was only a matter of time.

“I honestly think he’ll go on and embarrass my record — and I hope that he does.”

Rangers forward Alfredo Morelos equalled Ally McCoist's 21-goal European haul for the Glasgow side last week and then broke it on Thursday – scoring his team's third in a 3-3 draw with Benfica.

And Gerrard added: “Mo Salah and Alfredo Morelos go about their business always being hungry for goals.

“My job for Liverpool was slightly different.

“There is nothing better than seeing someone going for a record and then smashing it to pieces.”