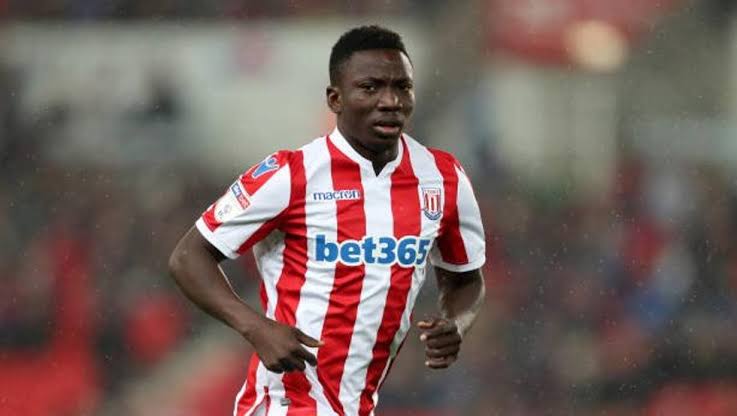 The Nigerian international has joined Los Azulones on a loan deal until the end of the current campaign, while the Madrid-based club will also have an option to sign him permanently

According to the coach, Etebo didn’t do enough in training to get a spot in the team hence he last played for the team in October when he limped out of a defeat against Sheffield Wednesday.

The loan deal will give Getafe the option of making the deal permanent in the summer and the club are doing their best to ensure that the move goes through before their Cup game against Barcelona last weekend.

Owing to Visa issues, Etebo will miss this weekend game against Real Madrid.

Despite the fact that the deal is as good as done, the 24-year old who was voted Stoke City player of the season last year will now have his second spell in Spain after playing on loan to Las Palmas from CD Feirense two seasons ago.