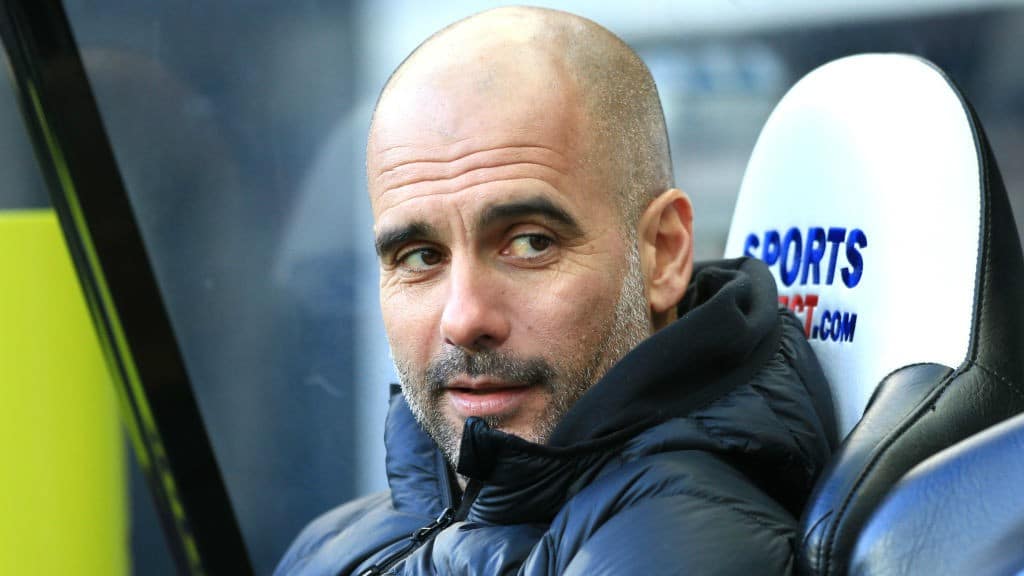 Manchester City manager Pep Guardiola was asked about the fitness of three players after the Fulham game.

Manchester City will assess Joao Cancelo after the Portuguese defender picked up a knock on his ankle in the win over Fulham.

Cancelo looked to be in some discomfort after suffering the problem late on, limping around after the final whistle with his boot off.

Riyad Mahrez also gave City an injury scare when he went down hard following a late tackle from defender Joe Bryan in the first half.

He was then first to be substituted when Raheem Sterling came on for him in the 53rd minute.

Guardiola did not seem concerned with Mahrez's injury when asked about it after the game but said that Cancelo will be monitored for his recovery.

“Riyad recovered well from his kick and Joao Cancelo had a big kick with some injury on his ankle. We will see how they recover in the next days,” he said.

City's manager also cleared up any confusion around Aymeric Laporte's absence from the squad.

The French defender will not be rushed into action after so long out, but could be fit to face United on Wednesday.

“He has some fatigue, it's normal after four or five months and we didn't want to take a risk,” he said.

“Right now I don't know when he'll be able to play, we are going to see because it was such a demanding game at Sheffield United after five months out and not many training sessions.

‘’He played 75 minutes but we will see, we spoke with him and the doctors and if he is not ready he is not going to play.”