Guinea and Gambia kick off day two of the knockout stages of the Africa Cup of Nations and we will be building up to the contest in this Guinea vs Gambia prediction article.

Our Top Guinea vs Gambia prediction

Guinea head into the contest on the back foot off the back of a defeat in their last outing but still possess more about themselves so we predict that they will get the job done in this one.

Guinea and Gambia lock horns at the Kouekong Stadium on Monday vying for a place in the last eight of the AFCON. 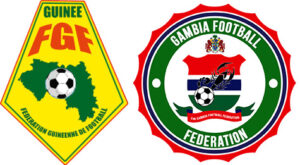 Guinea were beaten 2-1 by Zimbabwe in their third group-stage fixture at the Stade Ahmadou Ahidjo on Tuesday.

Kaba Diawara's men found themselves two goals heading into the break thanks to Knowledge Musona and Kudakwashe Mahachi before pulling one back through Naby Keita in the second period.

The National Elephants ended Group B in second place, one point behind group winners Senegal and ahead of third-placed Malawi only on goal difference.

Having won just one of their last 10 competitive outings, the West Africans will need to get their act together as they enter into the most unforgiving phase of the AFCON.

Skipper Naby Keita is suspended after he picked up his second yellow card of the competition last time out.

After sitting out the last game, Roma midfielder Amadou Diawara is expected to return to the starting XI as a result of Keita's absence.

Gambia recorded what is arguably their most impressive result so far when they beat Tunisia 1-0 at the Limbe Stadium on Thursday.

With the game level heading into its final knockings, Ablie Jallow popped up with the winner in the third minute of stoppage time to lead Tom Saintfiet's men to victory.

The Scorpions ended Group F as runners-up albeit level on points with group winners Mali who also amassed seven points from three games and have been one of the dark horses so far.

Ablie Jallow came off the bench to good effect last time out and could be rewarded with a starting spot this time around.

This would see Mohammed Mbye drop back to the bench after he was handed a rare start in his side's final group-stage outing.

Down below are the Guinea vs Gambia odds for all three possible match results:

Monday's game is the first meeting between the teams since 2007 when the teams faced off in the qualifiers for the 2008 Africa Cup of Nations.