Guinea open their Africa Cup of Nations journey with a contest versus Malawi and this Guinea vs Malawi prediction article gives a comprehensive preview of the clash and also sheds some light on what to expect.

Our Top Guinea vs Malawi prediction

The Guinea vs Malawi odds have been revealed and we are tipping Guinea to get the job done. Malawi have been far from impressive of late and Guinea will fancy themselves to heap more misery on their counterparts.

Group B participants Guinea and Malawi get their respective AFCON campaigns underway at the Kouekong Stadium in Bafoussam on Sunday. 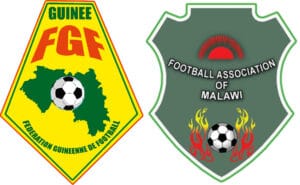 Guinea finished as runners-up to Mali in Group A of the qualifiers to book their place at this year’s continental competition.

Kaba Diawara’s men, who exited the 2019 edition in the round of 16, are yet to go all the way in any of their 12 previous appearances.

The National Elephants failed to win any of their six FIFA World Cup qualifying matches but recently ended a run of seven games without a victory last time out by beating Rwanda 2-0 in an international friendly last time out.

After playing out stalemates in each of their last two AFCON openers in 2015 and 2019, the west Africans will be seeking to kick off on a winning note this time around.

Midfielder and skipper Naby Keita has now joined up with the rest of the squad after Liverpool's enthralling 2-2 draw with Chelsea on Sunday.

Despite representing Spain at youth level, 18-year-old Ilaix Moriba has switched his international allegiance to Guinea and has been called up for the competition.

Malawi ended their qualifying campaign with a negative goal difference but still managed to amass 10 points which was enough to get the job done.

Meke Mwase’s men, whose last appearance at this level came back in 2010, have been drawn in Group alongside Zimbabwe, Senegal and Monday’s opponents Guinea.

The Flames are low on confidence heading into their AFCON opener having won just one of their last 11 matches home or away.

However, the east Africans have given a good account of themselves in majority of those matches and should not be underestimated.

Khuda Muyaba has scored eight times for South African outfit Polokwane City this term and will be heavily relied upon to provide firepower in attack.

Midfielder Gerald Phiri Junior was an ever-present during the qualifiers but was omitted from the final squad in what was a huge surprise by Meke Mwase.

Down below are the Guinea vs Malawi odds for all possible match results:

Guinea have enjoyed the better of this fixture but Monday’s contest is the first duel between the teams since 2016 when Guinea claimed a 2-1 victory.