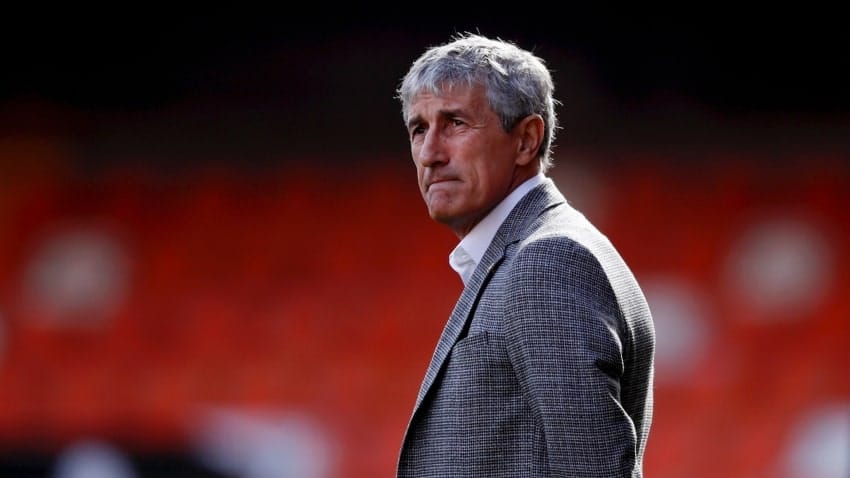 Barcelona boss Quique Setien has apologised to his players for his assistant's behaviour during their 2-0 defeat to Real Madrid on Sunday.

Setien's No 2 Eder Sarabia was seen on the touchline making disparaging comments about Barca players by Spanish television show Vamos.

According to a lip reader, he criticised Antoine Griezmann for missing a chance and repeatedly used foul language towards the players.

And Spanish media are saying Sarabia's comments have not gone well with the Barca squad following their loss at the Bernabeu.

Here’s what Setien told Spanish publication El Periodico: “We apologised to everyone, we cannot behave like that. We don't like to see things like this, we have committed an error and we should try to avoid something like this happening again.

“This situation has affected me a lot because I am concerned about the image of the club. We need to take care of that image because we can be criticised for substitutions, tactics, etc, but not for our behaviour.

“Eder has a great temperament, and in many situations, it helps us phenomenally well.

“But he has to learn to control himself.

“It's a bit of an embarrassment that this has become a news story and has provoked such a huge reaction.”