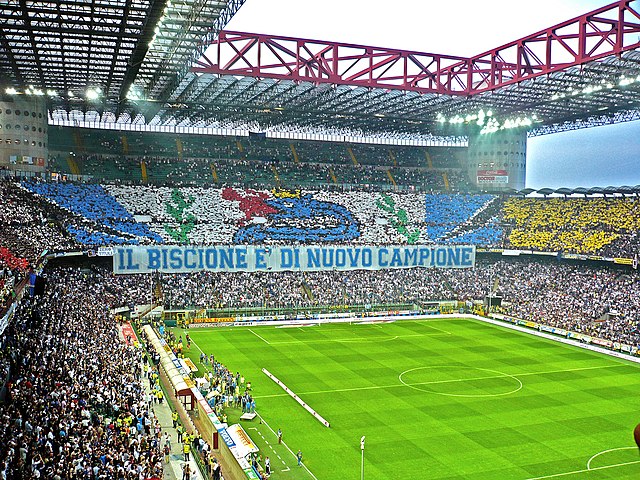 This weekend of Western European football ends with a clash of two of Italy's greatest sides: Inter vs Juventus. They wouldn't normally be this far from the leaders in the standings will meet for the first time this season in a match that promises to be extraordinary.

Seeing Juventus in 7th place after 8 rounds is abnormal. Until recently, the team was at the very bottom of the table which is the opposite to what we are used to seeing – 10 years of absolute domination in Italy. Last season's champions Inter lost some points in the beginning of this campaign and are already 8 points behind Milan. Their task today is to get the most from a revived Juventus with 4 consecutive wins in the league.

Sign up today to get the sign up bonus, bet live on an extensive range of matches and use an award-winning mobile app!

More predictions for Inter vs Juve

We have two teams with completely different styles of play. Inter's matches have predominantly been goal-packed – out of 8 matches, 8 have been with over 2.5 goals and an average of 3.4 goals per match. Juventus, on the other hand, have had 4 consecutive matches won by 1:0 (2 in CL, 2 in Italy). The team's defense looks completely transformed and has not conceded a goal in almost a month but today, they will play against Inter. We expect to see goals from both sides as it has always been in the derbies played at San Siro.

Edin Dzeko has been spectacular for Inter since he joined this year. In 11 outings, the striker has scored 7 goals, including 6 in 7 matches in Seria A. If anyone is to score against Juventus today, it would be either Edin Dzeko or Lautaro Martinez. We prefer to go with Dzeko since he has spent the past 6 seasons in Seria A and has scored numerous goals against Juventus in the past.

This is one of the most fiercely-contested derbies in Italy next to Roma – Lazio and Inter Milan – Milan. Matches between these two teams often end with more than half a dozen cards including red cards. For anyone who prefers higher odds, you can always try for a red card in the game. Here is an example from last season. Inter and Juventus played a total of 4 times last season and the average cards per game in those matches was 6.75. The stakes are always high here and especially this season when both teams are already too far behind the leaders and all points matter.