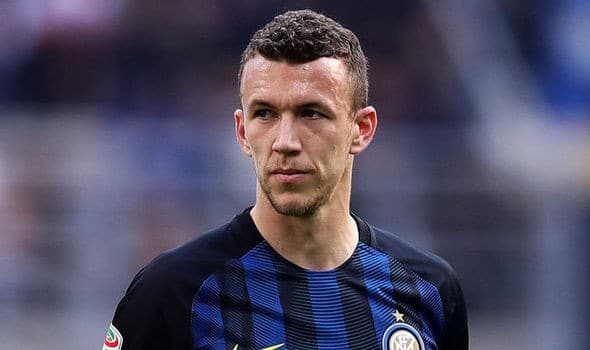 The Croatia international has informed Inter he wants to leave the club after almost four years at the San Siro.

Following his announcement to Inter, he was left on the bench in Sunday's defeat to Torino.

His coach at Inter, Luciano Spalletti said: “It's a player that has been talked about because everyone values him as much as we do, and if anyone wants to buy him they will need to pay him good money because we rate him a lot.”

While Inter director Guiseppe Marotta told Sky Italia that they will make an effort to “Satisfy” Perisic by letting him leave, and Perisic's new club could be Arsenal.

The Gunners are eager to sign Perisic on loan in the remaining days of the January transfer window with an option to buy for £34.5million in the summer.

Inter have rejected Arsenal's offer and it remains to be seen if they will come back in for the attacker.

Italian outlet Calciomercato claim Inter don't want to sell Perisic unless they get their value of him is matched.

The report says if he does leave, Udinese's De Paul is their number one option.

It is claimed Inter officials want to wrap up a deal to sign De Paul for the summer.

Inter vice president Javier Zanetti has reportedly spoken with De Paul in a bid to persuade him to sign for them over Napoli.