The pick of the bunch in matchday three of the Africa Cup of Nations sees heavyweights Ivory Coast and Algeria face off and we will be previewing the mouth-watering clash in this Ivory Coast vs Algeria prediction article.

Algeria know that anything less than a victory in this one would spell the end of their title defence and they simply cannot afford to put on another underwhelming display. We are backing them to rise up to the occasion and come away with all three points.

With neither team yet assured of a place in the round of 16, Ivory Coast and Algeria battle it out at the Japoma Stadium on Thursday. 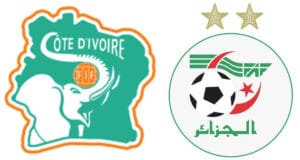 Ivory Coast were left red-faced following a 2-2 draw versus Sierra Leone in their second group fixture on Sunday.

Patrice Beaumelle's men looked set to come out on top as they led through goals from  Sebastien Haller and Nicolas Pepe either side of Musa Kamara's strike before a late Alhaji Kamara's equaliser forced a share of the spoils.

Those dropped points mean that the Elephants would have to wait to confirm their place in the knockout stages going into Thursday's contest.

A draw would be enough to complete the job while a defeat would leave the West Africans relying on favours from elsewhere.

Abdou Karim Cisse could come in for Badri Ali Sangare between the sticks as the latter currently deals with the death of his father.

Max Gradel, who scored the all-important goal in Ivory Coast’s opening victory, did not play any part last time out and the winger will be pushing for a start here.

Algeria fell to a shock 1-0 defeat against underdogs Equatorial Guinea when the sides met on Sunday.

Esteban Obiang opened the scoring in the 70th minute to put Djamel Belmadi’s men to the sword in Douala.

That was also the first defeat in 28 outings for the Fennec Foxes and it could turn out to be a very costly one in the grand scheme of things.

It is ‘win or bust' for the AFCON defending champions on Thursday if they are to avoid a group-stage exit.

All-time top scorer Islam Slimani is expected to be recalled to the starting XI for this one at the expense of Baghdad Bounedjah.

Sofiane Feghouli was on target the last time Algeria faced Ivory Coast and he will be looking to deliver the goods once again.

The Ivory Coast vs Algeria odds are as follows:

Ivory Coast are yet to lose in normal time in any of the last seven encounters involving the teams although they suffered a penalty-shootout defeat when the sides most recently met in the quarterfinals of the 2019 AFCON.

Musa: We will play quality football against Sao Tome