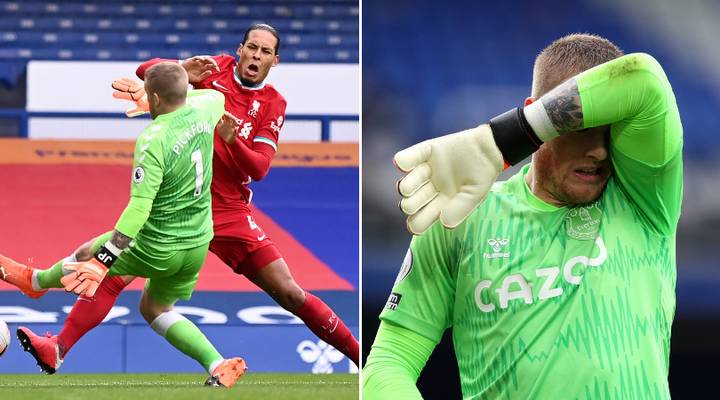 Jordan Pickford has hired bodyguards to protect his wife and child as a response to death threats the Everton goalkeeper received following his tackle on Virgil van Dijk in the Merseyside derby.

After avoiding disciplinary action from the FA, pundits were left baffled at the decision as the goalkeeper also avoided a red card.

It has now seen Pickford contract a security firm to creating a “ring of steel” around himself, his wife Megan and their one-year-old son.

A source told the Daily Mail : “Jordan has been shocked by the level of abuse he has received since the match. He is determined to do whatever it takes to make sure his family is kept safe.”

Bodyguards were placed outside his £2.5million house last week while the company have advised Pickford to say off social media.

Merseyside Police revealed that they were investigating tweets aimed at the Everton goalkeeper last week.

Jurgen Klopp was left furious with Pickford’s first-half tackle after the Merseyside derby, telling BT Sport: “The injury of Virgil van Dijk, that was pretty early in the game.”