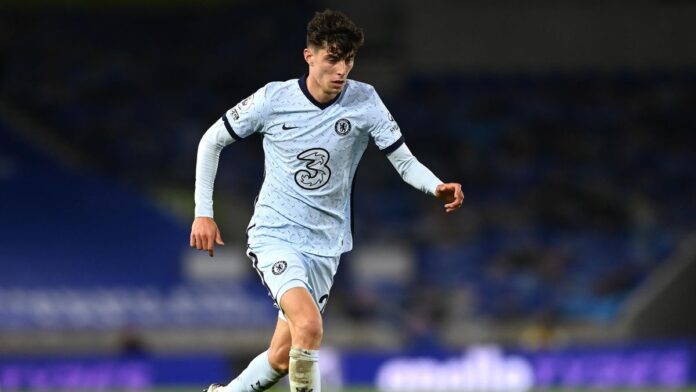 Kai Havertz made his Premier League debut for Chelsea in Monday's win against Brighton and is expected to start again as the Blues face Liverpool this weekend.

The £72m signing believes he would be most effective playing in a No.10 role for Frank Lampard’s side in a mouthwatering clash against the Reds on Sunday.

Havertz played on the right wing, just behind Timo Werner and Ruben Loftus-Cheek in the more advanced positions.

The 21-year-old German is likely to start again for the Blues against Liverpool, and speaking ahead of the match Havertz discussed his favoured position.

“I played I think every offensive position at Leverkusen,” he said. “I played as a right winger, as a No.10, as a No.6, No.8 and sometimes as a striker as well.

“But for more it’s very important to have that flexibility on the pitch and to be creative, that’s something I like. I think I can play many positions.

“Of course, for me my best position is as a No.10, but of course I can play on the right side or as a striker as well. To be honest I’m happy to stay on the pitch. I think I’m flexible.”