Kieran Trippier has been given a 10-week ban and fined £70,000 by the FA following misconduct in relation to breaches of betting regulations.

The Atletico Madrid right back was charged by the FA in May and had to withdraw from the England squad in October for the Nations League fixture against Denmark to attend a personal hearing over the allegations.

These relate to bets placed around the time of his move to Spain from Tottenham in July 2019.

The 30-year-old was accused of breaking Rule E8(1)(a)(ii) and Rule E8(1)(b) of the FA's Betting Rules which state players cannot place a bet relating to football or provide relevant confidential information to anyone who could bet on a scenario.

Trippier has also been capped 25 times by England and played a significant role in Gareth Southgate's side during their 2018 World Cup run to the semi-finals.

The defender also captained his country for the first time in the 3-0 friendly victory against Wales in October, describing it as the ‘biggest highlight of his career.' 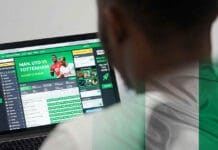