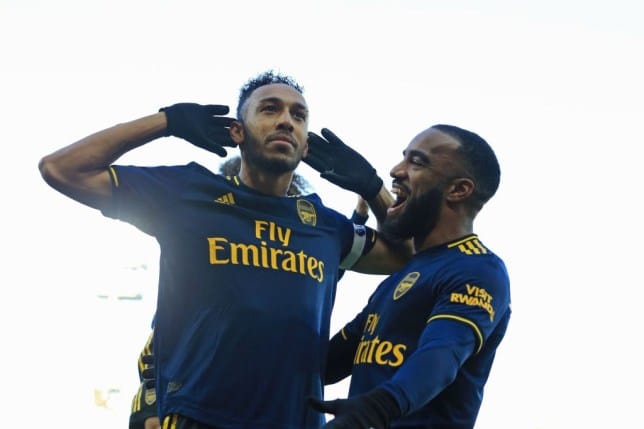 Alexandre Lacazette and Pierre-Emerick Aubameyang have named the most skillful player within the current Arsenal squad.

As Lacazette and Aubameyang they sat down with Gunners legend Ian Wright prior to the 2019/20 season being suspended, they confirmed that Nicolas Pepe is the most skilful player at the Emirates Stadium.

It would appear that the most skilful member of the Gunners squad is Pepe and Lacazette, as well as the Arsenal captain, couldn't believe what the club-record signing did during the club's warm-weather training camp in Dubai a couple of months ago.

“Nico [Pepe] both players say when asked by Wright as to who is their most skilful teammate.

“Like in Dubai a few days ago, he took the ball, nuts, come back and one player went on the floor,” Lacazette revealed.

The player humiliated by Pepe hasn't been revealed, but Aubameyang confirmed they made fun of that particular person and also made a hilarious comparison.