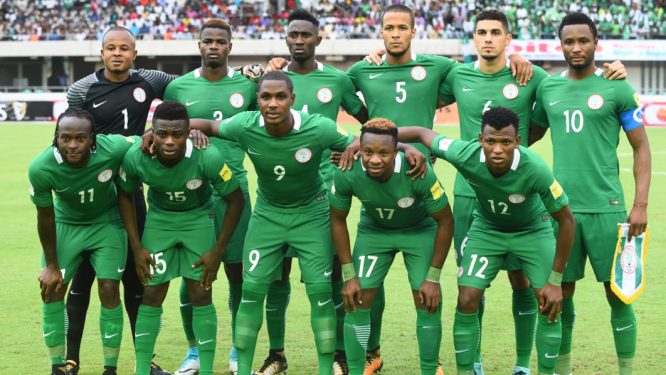 The Super Eagles of Nigeria have maintained the same position in the latest FIFA/Coca-Cola world rankings.

Going by an update on the world football governing body’s website on Thursday, Nigeria senior national team retained their 31st position in world and third in Africa.

The Terangha Lions of Senegal maintains their number one position in African football and are closely followed by Tunisia.

Algeria and Morocco occupy fourth and fifth positions in the continent respectively.

Meanwhile, in the top five teams in the world, there are no changes as Belgium are still in the number one spot.

The next FIFA/Coca-Cola World Ranking is expected to be announced by June 11, 2020.