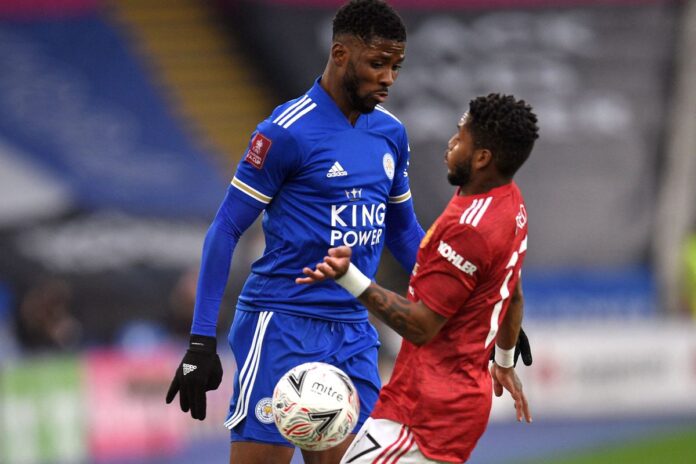 Manchester United would be in action this weekend aftermath of the international break with a trip to face Leicester City in the Premier League contest.

The Red Devils form has dipped probably just in the wake of the international break, owing to their 1-0 home loss to Aston Villa which was preceded by a 1-1 draw with Everton at Old Trafford.

New talismanic signing Cristiano Ronaldo scored a late winner in the UEFA Champions League against Villarreal in between those fixtures to give the Norwegian boss some breathing space based on pressure related to his teams' performance.

But for the visits to the King Power Stadium, United would be keen to get back to winning ways in the Premier League.

While they hope to catch-up with League Leaders Chelsea.The host Leicester would be hoping that the return from the International break would be a turnaround for them.

Though Brendan Rodger's side have failed to match the highs of last season based on their outing this term in the top-flight.

Manchester United have injury worries at the heart of the defence since both skipper Harry Maguire and ex-Real Madrid defender Raphael Varane is out injured, despite the former coming out to issue a positive statement about his fitness concerns in the week.

The English defender stated “I still haven't trained yet with the squad, but I am getting better, I am progressing as I should be.

It is obviously a frustrating injury for me to get, but I am progressing and I will be back on the pitch soon'.

South American pair of Fred and Edinson Cavani are hopeful to return from international break very late to play a part, with Brazil facing Uruguay in the early hours of the morning on Friday.

Jamie Vardy has been in top shape despite Leicester's recent struggles in the current campaign.

And with the Leicester veteran striker having rested during the international break after retiring from England National side, he can be expected to take advantage of the absentees in United's defense to prove a point in this one.

And with both sides brimming with plethora of attacking options; Kelechi Iheanacho and Ademola Lookman for Leicester City.

And the trio of Cristiano Ronaldo, Jadon Sancho and Mason Greenwood in transition for Manchester United expect the game to end in a possible thriller(with plenty of goals scored).