With both sides looking to secure a place in the knockout phase of the Africa Cup of Nations, Malawi and Senegal lock horns in their final group fixture and we will be previewing the clash in this Malawi vs Senegal prediction article.

Our Top Malawi vs Senegal prediction

Senegal would have been disappointed not to have come out on top in their last outing and will be looking to make amends in this one. We are backing them to carry the day this time around against an out-of-sorts Malawi outfit.

Senegal and Malawi face off in matchday three of the AFCON group stages at the Kouekong Stadium on Tuesday. 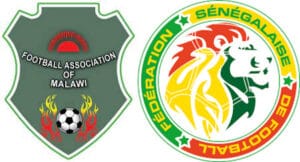 Malawi bounced back from an opening defeat to Guinea with a 2-1 victory over the Warriors of Zimbabwe on Friday.

Meke Mwase’s men found themselves trailing for the second game running as Ishmael Wadi broke the deadlock in the 38th minute but this time, Gabadinho Mhango scored in either half to hand his side a crucial win.

The Flames sit third in Group B at the moment but are on course to make it through to the next round as one of the best ranked third-placed teams in the competitions.

However, Malawi can put their qualification beyond doubt by avoiding defeat on Tuesday and the East Africans will be keen to remain the masters of their destiny.

Orlando Pirates striker Gabadinho Mhango netted a brace on his return to action after missing his side's opener due to COVID-19.

Limbikani Mzava was hauled off less than half an hour into the Zimbabwe game and is likely to be replaced by Lawrence Chaziya in the starting XI for this one.

Senegal had to settle for a share of the spoils in their meeting against Guinea on Friday which ended goalless in Bafoussam.

Aliou Cisse's men were toothless in front of goal for major parts of the contest as they failed to find a way through the opposition rearguard.

The Lions of Teranga still lead the way in Group B with four points from two matches but will need a victory in their final group game to be guaranteed first place.

Nampalys Mendy and Famara Diedhiou returned to the bench last time out and will be pushing for a start on Tuesday.

Keita Balde had to make do with a place on the bench versus Guinea but the winger could make his return to the starting XI for this one.

The Malawi vs Senegal odds are as follows:

Senegal have had the upper hand in this fixture, winning both of the previous two meetings including a 2-1 victory in the most recent encounter back in July.