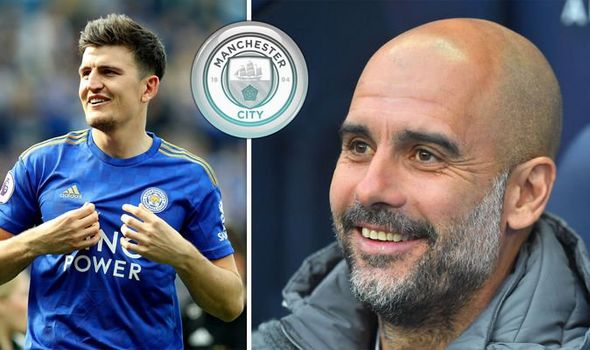 England ace Maguire has found himself at the centre of a battle for his services between the Manchester neighbours.

But last night it emerged Pep Guardiola's side are now the favourites to land the centre back in a deal worth around £65m.

It is conjectured a medical for Maguire has been pencilled in and a deal could be completed within the coming week.

The Red Devils tried but failed to sign Maguire last summer following his impressive exploits at the World Cup in Russia.

Maguire helped the Three Lions reach the semi-finals, but United failed to agree a fee with Leicester.

The fallen giants have also seen a £40m bid rejected in the last week, leaving Etihad bosses in pole position to steal him from under United's noses.

The 26-year-old signed a five-year deal with the Foxes last September aimed at keeping him at the King Power Stadium until 2023.

But Maguire knows his stock has never been higher and that this summer represents his best chance to secure a dream move to one of the Premier League's biggest clubs.

“He has options and knows he has to take the chance to move to a big club this summer.”

City chairman Khaldoon Al-Mubarak is willing to match the wages on offer at United and can also offer Maguire Champions League football.

The Spaniard has identified Maguire as the perfect replacement for Vincent Kompany, who has left the club to become player-boss of Anderlecht.