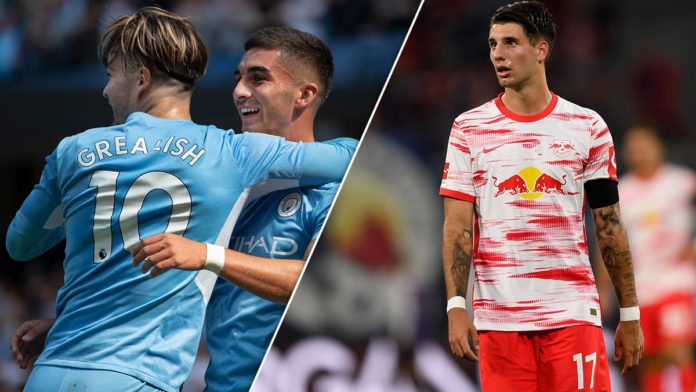 Manchester City will be welcoming German hotshots RB Leipzig tonight (Wednesday) to the Etihad for their UEFA Champions League campaign.

Despite much domestic glory, the lack of continental success weighs down heavily on Pep Guardiola’s reign at Manchester City.

Whether this is the season he cements his legacy as an all-time great remains to be seen.

RB Leipzig, meanwhile, go into the tournament in the midst of their own rebuild.

They not only lost manager Julian Nagelsmann to Bayern Munich but also star defenders Dayot Upamecano and midfielder Marcel Sabitzer.

They have won just one of their four matches in the Bundesliga so far and find themselves in the 12th spot.

This is in stark contrast to City, who have won three of their four games so far.