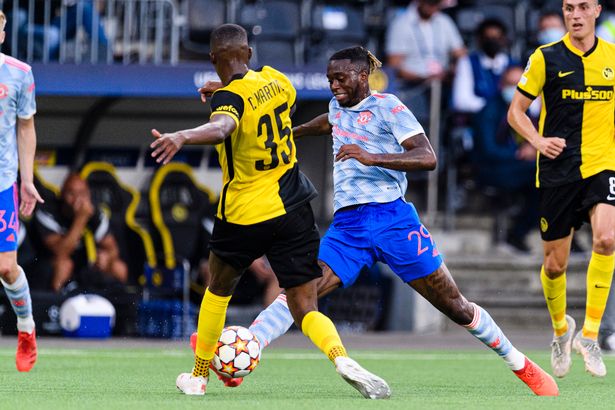 Manchester United Aaron Wan-Bissaka was handed a two-match ban for his sending-off in his team defeat to Young Boys.

The 23-year-old defender is now set to miss United's Wednesday away clash against UEL Champions Villarreal on Wednesday and United's Home clash on October 20, against Atalanta.

Young Boys were as well slammed £31,000 because a fan invaded the pitch and blocking of public passage.